The Race of Champions - a Formula De report (Zandvoort race 1)

While this is not Oldhammer, it is a bit of retro gaming so it has found its way onto my blog! Been a very long time since I posted here so better this than nothing I say.

Eight of the world's greatest racing drivers lined up to take part in the first leg of the Race of Champions series. Zandvoort in Holland provided the venue for this inaugural event.
Taking part were Michael Schumacher and Nicky Lauda (both in Ferraris), Alain Prost and Ayrton Senna (both in McLarens), Jackie Stewart in a Tyrell, Fernando Alonso in a Renault, Nelson Piquet in a Brabham and finally Sebastian Vettel in a Red Bull.

After qualifying the drivers lined up on the grid as follows:
1: Lauda
2: Piquet
3: Prost
4: Vettel
5: Alonso
6: Senna
7: Stewart
8:Schumacher

Vettel made a great start and immediately powered past Prost and pulled alongside Piquet as the cars rushed down to turn 1. Lauda held the lead as the pack sorted themselves out behind him. Alonso got too much wheel spin at the start and was passed by Senna. Schumacher also made a poor start and trailed the field.
[img]

Senna and Prost banged wheels in the middle of turn one with Prost suffering some damage to his car. Lauda meanwhile was too cautious into the first turn and was swamped by the field, eventually emerging way back in 7th place going into turn 2. Piquet meanwhile shot out into the lead followed by a flying Senna.

Disaster struck in turn 2 as the cars bunched up in the tight right hander. Vettel got his breaking a bit wrong, letting Alonso and Schumacher past. Alongside him however Prost and Lauda found themselves both trying to occupy the same piece of tarmac. The resulting collision put both drivers out of the race. Fortunately neither driver was hurt in the collision and both will be fit for the next race.

With all the confusion and carnage behind him Piquet was disappearing into the distance, a country mile ahead of the viscous battle for second place between Alonso, Senna and Schumacher. Vettel was trailing in 5th place with Steward bringing up the rear, already struggling to keep up with the pack.

The slow series of bends that made up turns 4 and 5 allowed the second place battle to close in on Piquet as he made sure not to spin out. Alonso picked a perfect line coming into the corner and would get a great run onto the following straight.

This allowed him to actually nose ahead of Piquet going into the second last corner. Schumacher and Senna were left eating the leader's dust as they struggled through the tight bends. Behind them Vettle was navigating the tight stuff as well with Stewart making a late charge back into contention for the minor places.

Piquet edged ahead of Alonso once again as they navigated the final turn, both gearing up into 6th gear as they set themselves to blast down the home straight. Stewart meanwhile was moving up alongside to pass Vettel.

The rest of the field weren't even in sight as Piquet managed to hold off Alsonso to take the first win of the season by a mere 4 car lengths from Alonso.

Behind them Stewart had made a daring charge up the field and was now fighting for the last spot on the podium. His charge came to an embarrassing end however when he spun on the last corner while trying to go round the outside of both Senna and Schumacher.

That allowed Senna to make a pass on Schumacher on the home straight to claim third place, with the German coming home 4th followed by a lacklustre Vettel and a limping Stewart. 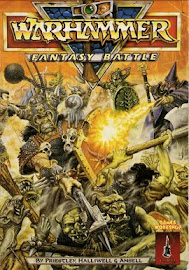 What I am reading